This week’s lesson was with Pauline Agnew who followed the theme of the fearless fun. She showed us how to create a beautiful vase of flowers using as our collage papers a map of the area we were born.

I googled the city and state, but it’s such a small community it was difficult to find just the right map.  So I opted to print the map of Mexico and the state of Tlaxcala.

The state of Tlaxcala is located in East Central Mexico, just east of Mexico City.

Google found “Cómo llegar a Tlaxcala.”  How to get to Tlaxcala.

Looking at the state, the city is in the lower left corner.  There is a big highway nearby and I think this is the one my uncle, Salvador Galindo, who was an engineer, was involved in building back in the late 1940’s .  My uncle hired my dad to be the accountant and to be responsible for paying the workers.  Wherever the highway went, we went.

According to Wikepedia, Tlaxcala is one of sixty municipalities in the state of Mexico.  My mother didn’t like the city because it was so small.  She told me that there was a big Agave farm nearby where they extracted the juice from the center of the plant, called Pulque, with an elongated gourd used as a tube.  She told me a friend talked her into trying a sip, but she became sick to ther stomach because all she thought about was that the sap was sucked out with a tube and there must have saliva in it.  Ugh!!  Well, later she found out the reason why she got sick and that is because she was pregnant with me and everything she was eating made her want to puke! 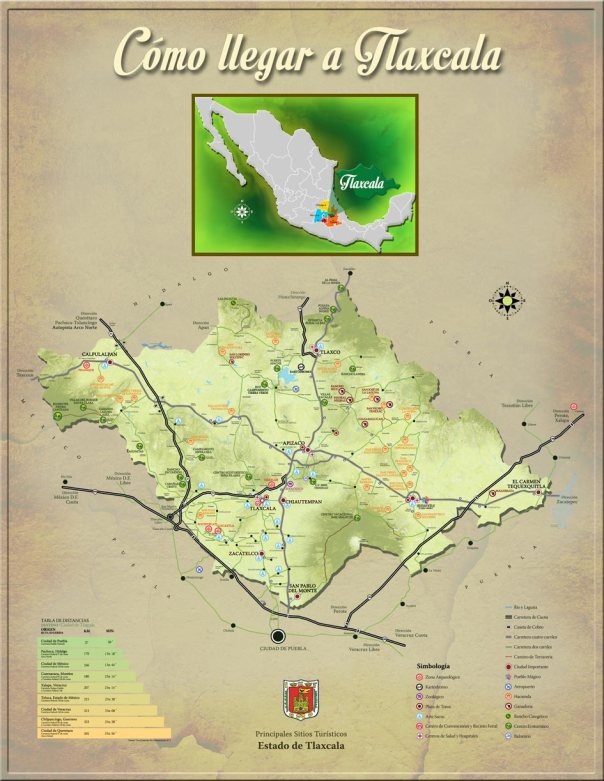 I also found out that Tlaxcala was one of the places Hernan Cortez passed through on his way to Tenochtitlan, the capital of old Mexico.  The inhabitants of that area, the Totonecas, were fierze enemies of the Aztecs and joined Cortez in the fight against them in his conquest.

Now on to my project!

First thing I did was cover my 11×14 watercolor paper with different brush strokes of acrylic paint, keeping in mind that it was going to be a bouquet of flowers on a vase. 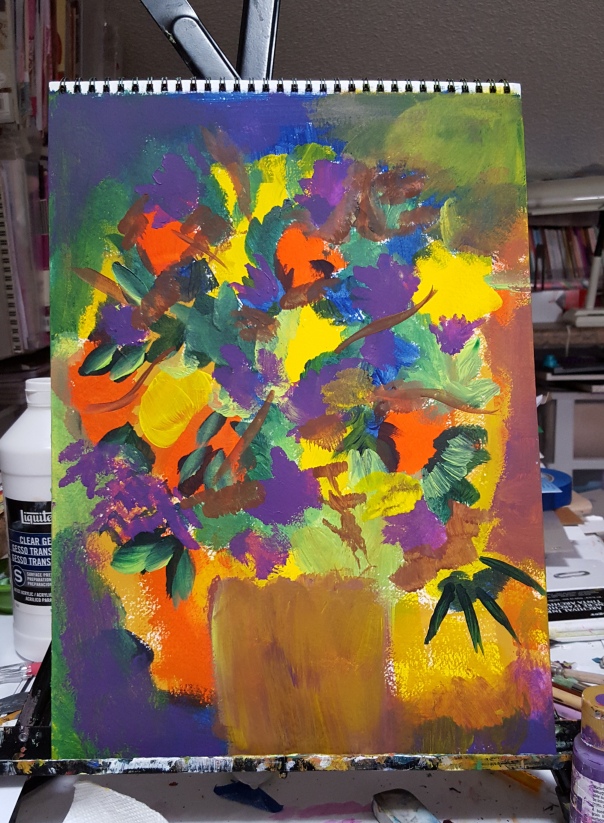 I then collaged pieces of my maps and covered the paper with more strokes and several more layers of paint later, this emerge, but I wasn’t done yet.  I did manage to leave a piece of the map with the name of my birthplace showing on the vase.  I used some primary colors and a bit of gold.

Then after several more strokes and stencils, I finished my creation.  It is not as abstract as it was meant to be, but I did enjoy the process!

Here is a close up of the bouquet and the vase,

…and one more close up of the middle of the flowers, 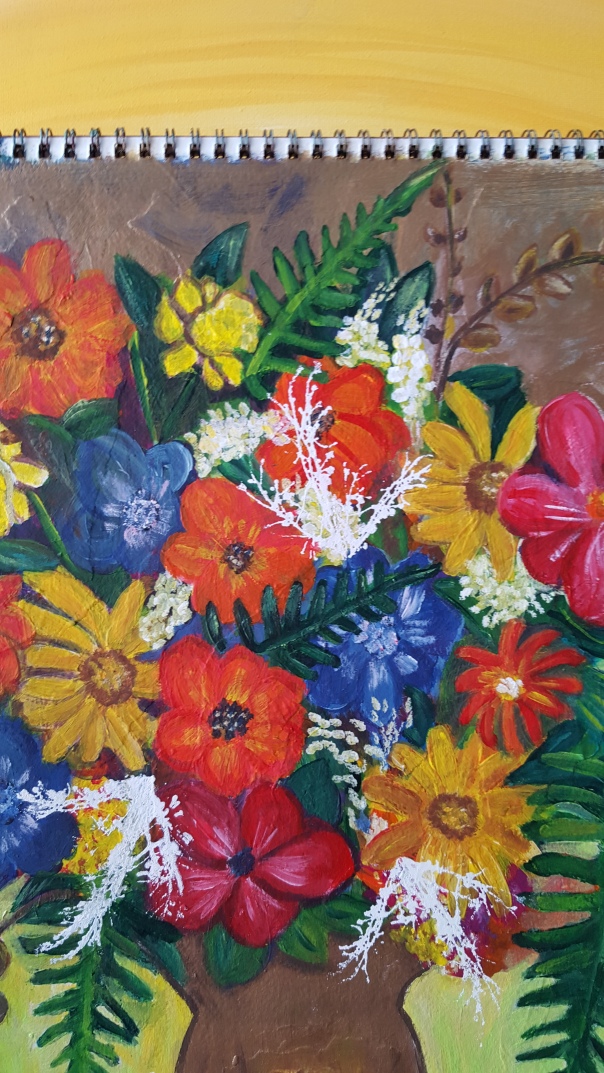 Thanks for visiting and I appreciate your comments,